Ring ring! It’s me again! I’ve come to check up on your English!

Hello? Listening skills? Are you still there? 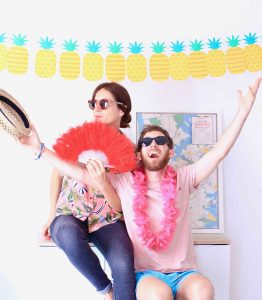 Are you ready to test your English? Let’s go! 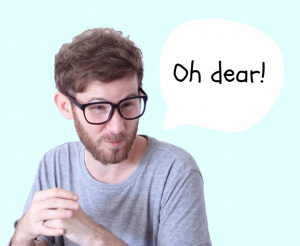 Phew! That was hard!

“This is a historic day for our country”.

“This is a classic wine from Porto”.

“I love listening to classical music while I’m in the shower”.

“Tourism has had a huge economic impact on local businesses in this area”.

“It’d be more economical to buy a new boiler than to get it repaired”.

“You look gorgeous darling! Thanks for the compliment but the answer is no”.

“My boss complimented me on my English skills in front of the whole office”.

“They’re so good together, they complement each other perfectly”.

“I watched a documentary last night about life in the Sahara Desert.”

Correcto | My daughter loves making animal shadows with her hands on the wall.

Incorrecto| My daughter loves making animal shades with her hands on the wall.

Correcto | Oh dear! I forgot to put sun cream on and there isn’t any shade on this beach!

Incorrecto| Oh dear! I forgot to put sun cream on and there isn’t any shadow on this beach!

Correcto | I don’t like this picture, there’s too much shadow on my face.

Incorrecto | I don’t like this picture, there’s too much shade on my face.

Correcto | We were walking in the jungle when we saw what looked like the shadow of a crocodile. I’ve never run so fast in my whole life.

Incorrecto| We were walking in the jungle when we saw what it looked like the shade of a crocodile. I’ve never run so fast in my whole life.

Correcto | Could we please have a table in the shade?

Incorrecto| Could we please have a table in the shadow?

Are you afraid of missing out? | Inglés en 4 minutos

We’re continually being bombarded with suggestions about what we might do: go jet skiing, study in Colorado, visit the Maldives or 1. ___ ___ a tech company out west. The modern world makes sure we know at all times just how much is going on out there, it’s a 2. _____ in which intense and painful doses of FOMO or fear of missing out are going to be inevitable. There are two ways of looking at this: romantic or classical.

To the romantic temperament, missing out causes immense agony. Somewhere else, noble and interesting and attractive people are living exactly the life that should be yours, you’d be so happy if only you could be over there at that party with those people working in that agency of Washington Square or holidaying in that shack in Jutland. Sometimes it just makes you want to 3. ______ into tears.

The romantic believes in the idea of a defined Center where the most exciting things are happening. At one time it was New York, for a few years it was Berlin, then London, now it’s probably San Francisco and in five years it may be Auckland or perhaps Rio.

For the romantic, humanity is divided into a large group of the mediocre and a tribe of the elect artists 4. _______, the edgy part of the fashion world and the people doing creative things with tech. As a romantic it’s exhausting inside your soul your mother sometimes drives you 5. _____, her life is utterly dull, how can she accept it? Why isn’t she a Qing to move to the Bay Area?

She’s always suggesting you take a job in Birmingham or inviting you on a walking holiday in the Lake District. Sometimes you’re quite rude to her, you avoid certain people like the plague, that shy friend from school who 6. _______ with their weight, the flatmate who’s a telecoms engineer and wants to go into local politics, being around individuals who are so unglamorous and 7. ______ in ambition can feel pretty fatal for their part classically minded people.

Acknowledge that there are of course some genuinely marvellous things going on in the world, but they doubt that the obvious signs of glamour are a good guide to finding them. The best novel in the world they like to think is probably not 8. _____ winning prizes or storming up the bestseller lists it may be being written at this moment by a Hritik woman living in the otherwise unremarkable Latvian town of Lea pooja.

Classical people are intensely aware that good qualities coexist with some extremely ordinary ones, everything is rather jumbled up. Lamentable taste in jumpers is compatible with extraordinary insight, academic qualifications can give no indication of true intelligence, famous people can be 9. _____ obscure ones can be remarkable at a perfect launch party, drinking sandalwood cocktails at the coolest bar in the world you could be feeling sad and anxious.

You might have the deepest conversations of your life with your 10. ____, even though she likes watching snooker on television and has stopped 11. _____ her hair. The classical temperament also fears missing out but it has a rather different list of things that they’re afraid of not enjoying. Getting to truly know one’s parents learning to 12. _____ well with being alone, appreciating the consoling power of trees and clouds, discovering what their favourite pieces of music really mean to them, chatting to a seven-year-old child.

As these wise souls know, one can indeed miss out on such extremely important things if one’s always rushing out a little too intently to find excitement 13. ______. Heading off in haste to that stylish bar with a see-through elevator packed with some of the city’s top creatives.

To set up 👉 instalar, montar, establecer.

“They’re setting up a bakery opposite my house.”

“I love getting to know people from different cultures.”

To burst 👉 explotar, romperse. ‘To burst into tears’ quiere decir ‘echarse a llorar’.

“My father burst into tears when I told him I had been offered a job as a writer.”

“Are entrepreneurs born or made?”

También es un sinónimo de ‘loco/a’. “Are you seriously going to give up your job and move to Hawaii? You must be nuts!”.

“I really struggle to get up in the morning without pressing snooze at least five times.”

“I would hire him if he weren’t lacking one of the most important characteristics of a good customer service representative; empathy.”

“I’m currently looking for an assistant to help me out with admin tasks.”

“Life’s too short to be dull.”

“Mum, I was thinking about dyeing my hair pink, what do you think?”

“I’m starting to feel like I can’t cope with all the stress of running my own business. I think I need an assistant.”

“If they don’t have the book I need, I’ll have to look elsewhere.”

Wishing you a great week from Amigos Ingleses

Inglés peligroso: ‘I feel ill’ vs ‘I feel sick’

“I’ll be off work this week, I’m very ill with tonsillitis.”

“I was feeling so ill last night that I had to ask my husband to take me to see the doctor.”

“That medication is only prescribed to very ill patients. In your case, it’s not recommendable to take it.”

“Mum, can you look after Charlie today? He’s sick again.”

“My dog has been sick for a few days, I should take him to the veterinarian.”

Poner enfermo: ‘It makes me sick to hear about people mistreating animals’

Estar harto, cansado: ‘I’m sick of this laptop, it freezes every two seconds.’

Llamar al trabajo para decir que estás enfermo:‘I’ll be running the meeting today as my boss has called in sick.’

Genial, una pasada: ‘Did you see that surfer? That jump was sick!

Take care and see you soon!

Are you ready to learn something new? Let’s begin then! 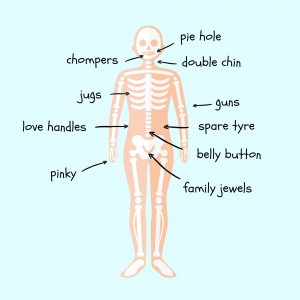 So you get it, right? Easy peasy lemon squeezy! 🍋

“Are there any vegetarian dishes on this menu?”

“It’s your turn to wash the dishes, don’t try to get out of it.” 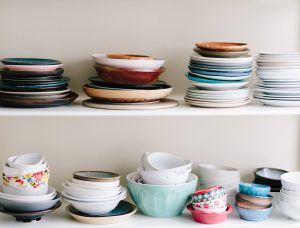 “Which plate shall I use to serve the salad?”

“I like warming up my plate in the oven before I serve the food.”

So, there you go! Oh I’m starving now! 😋 Tell us in the comments what you’re having for lunch.

“No matter what I do
All I think about is you
Even when I’m with my boo
Boy, you know I’m crazy over you…”