A health service not so good for your health

In the UK we love our NHS. Outside the UK it is famous for its excellence. But…does the reality match up to the expectations?

Here are a few headlines from the press:

So, not as marvellous as it seemed.

From personal experience inside one of the UK’s hospitals recently, the environment is reminiscent of a post apocalypse film. The entrance was, in fact, fine…but that was the full extent of it. Venturing further into the building, the scene changed dramatically. Paint peeled from the walls, ceiling panels were completely absent, leaving a heaving mass of dirty electrical cables around even dirtier ventilation tubing in full view of cowering patrons below, carts of sheets and buckets of who knows what lined the halls.

A state of barely suppressed desperation impregnates the whole building.

Two things stuck out during my sojourn in hospital:

First – 95% of the staff weren’t British. Foreigners – immigrants – keeping the wheels of the service turning. Interesting, if one considers what may happen to these very same people in the advent of a Brexit deal (or even no deal). I know dozens of Spanish nurses that have gone to the UK to work.

Second – I, THomas Jacob Bedwin, british by birth no longer have normal medical care in the UK. As I haven’t lived in the UK for the past 12 uninterrupted months, I must pay.

Although it’s not a direct result of the Brexit, what is certain is that the referendum has unleashed a feeling of independentism. Our island is for us, everyone else isn’t welcome.

It seems like us (the british) are losing what made us civilised.

My advice? Skip your way to Urgencias with a smile on your face, it could be a lot worse! 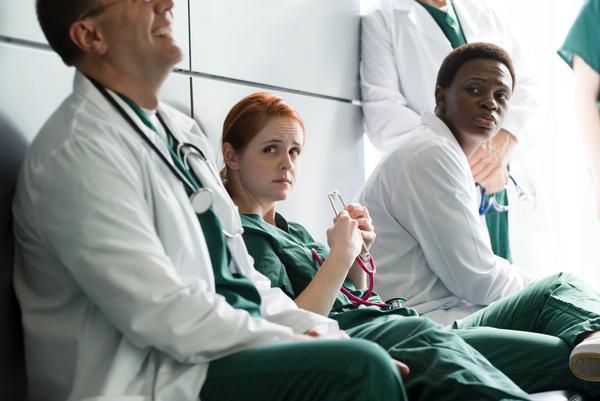