The first time I went into a bar in Spain, I left without being able to order anything

Somewhat indignant, I left and went to my next class, and promptly forgot about the incident. It was not, however, an isolated case… over the next weeks, I found myself again in bars (surprise surprise), but I was still largely ignored. I didn’t get it. At least my mother would be happy knowing that I wasn’t managing to drink my usual quantity…but I was inconsolable.

I thought that maybe it was my awful Spanish, perhaps they could smell my lack of language and they were avoiding me.

The answer came one day when I had gone out with a group of friends to grab a few beers. finally, I was able to order my own beer, in vast quantities due to my newly acquired domination of Spanish numbers. While my friends ordered successfully, however, I continued to be frustrated in my efforts. We moved bars, and I was witness to something extraordinary. A friend, who had the honour of ordering was the next round, screamed from the street “seven beers, please!”. To my surprise and awe, when we got inside there on the bar we found seven fresh little beers with beads of sweat slowly trickling down their glasses.

The others in the group ordered in a similar fashion, some almost standing on the bar, others simply bellowing at the heavens.

My round arrived, thankfully it was the seventh so I was feeling a little more confident. Without really looking at anyone in particular, I carefully uttered the magic words. As before, seven new beers arrived, sparkling with their own amber light. I had discovered the key. 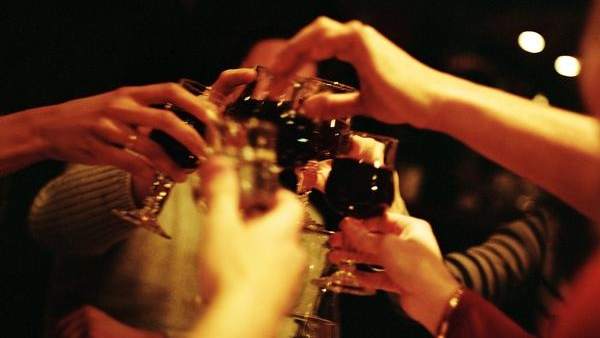 In the UK the ordering rules are quite different. When you arrive, if the bar staff are busy, you wait…because they are busy. Ordering before you have been asked to do so is rude. Its engrained in our nature. Even, “whenever you’re ready” which is polite in Spain, would be understood to mean the opposite.

At first, it seemed odd to me, to walk into a bar and bawl at the bartenders, and I sometimes feel weird doing it. However, the difference is the style of service, although it’s different, it isn’t better or worse. In fact, after drinking for a good while drinking in a bar close to my house, the next time I went in (not long after) I was greeted by “heeeey! This blonde arsehole is back!” Since then we have been firm friends and I have spent many hours ordering and drinking happily.

Something which seemed rude to me turned out to be a way of demonstrating closeness with clients, the bond between drinker and pourer, an agreement which removes the bar between people.