Life in the clouds

London has a lot of towers, the Tower of London, South Quay, One Wood Warf, Barbican, Centre Point, the Gherkin, and of course The Shard, now the tallest of all London.

However, the town planners and architects want more, a lot more. Inside ten years, they intend to construct at least 500 hundred new towers. In all truth, they are not all towers as we now know them, but they will all have more than twenty floors, which means they’ll tower over a lot of other buildings. In fact, more than one hundred have already begun to be constructed. Leadenhall will open this coming year and has 36 floors, which will make it the tallest building in the ‘City.’ However, it’s title won’t be held long as 1 Undershaft will soon dwarf it, reaching dizzying heights similar to the Shard. Next, as if there weren’t already enough colossal buildings, basically around the corner, 22 Bishopsgate will be built, a monster office block, ironically to substitute a failed and ironically named project called the Pinnacle, later dubbed the stump

Two residential towers are planned, one on the Isle of Dogs – Landmarck Pinnacle and the other in Canary Wharf – Spire London. Both projects to begin the coming year. They will be of the tallest residential towers in Europe, although easily beaten to the heavens by the Shard, and slightly behind, 1 Undershaft.

Fortunately, height is limited to 300 metres, which according to the British Aviation Authority is the highest height buildings can reach before aeroplanes have to weave and slalom their way between the buildings as they fly over (or through) the city.

There is hope, nevertheless. The city of London will not become a hive where everyone lives in towers never more to descend to the lower reaches and the ground, where surely the poorest of Londons residents will be forced to live without light in this post-apocalyptic nightmare city of two physically separated classes. The mayor of London, recent enemy of POTUS, has declared that plans to build ‘The Tulip’ a colossus of glass and metal culminating in a vast bulb reminiscent of the namesake flower, shall not be approved.

Let’s see if over the coming years the city of London becomes an urban landscape of two distinct geographical and socio-economic levels. Those that live on solid earth and thoe that inhabit the clouds. 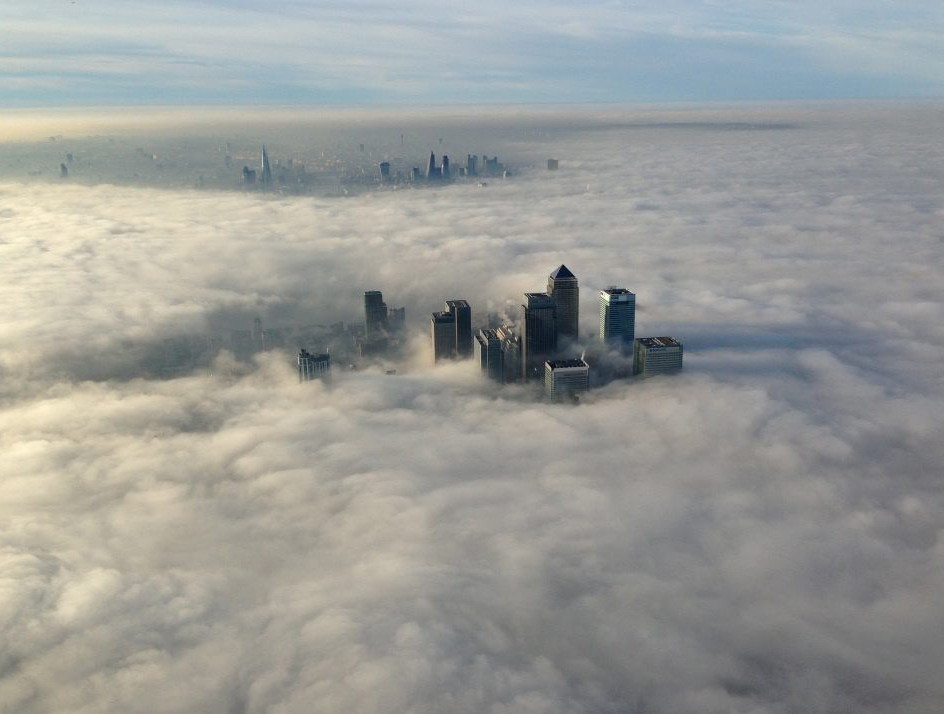 London from the sky. (Mps In The Sky/EFE)