The phrase is attributed to a certain William Horman, headmaster of Eton, the most famous of schools in the UK.

In the UK we are very keen on manners, I image you have realised. The English are famous for so polite it borders the extreme and is almost cringe-worthy.

The famous phrases such as “Could I please have…” or “I’m afraid I can’t…” are well known in English classes. To be polite in English, one simply adds more words; the more words, the more polite one seems.

Coming back from the UK, my students have told me that English people say sorry when you step on them in the street. Others that “excuse me” before they push you, and “sorry” when you have been pushed. There’s a phrase for everything, to maintain politeness in every imaginable situation. 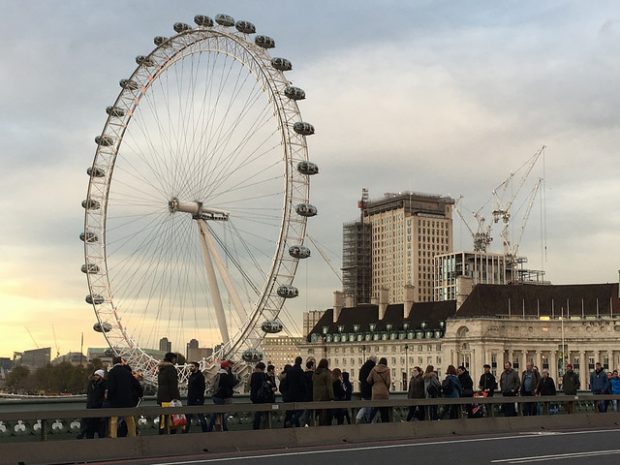 A journalist and writer George Miles wrote: “The English have no soul, they have understatement.”

En example. An Englishman may say: “it seems as though it’s raining a little, perhaps I shall go out later.” The reality is that the ocean is pouring from the sky, he is expecting Noah to hove into view on the Ark, and he won’t be leaving unless the house in on fire.

We are less direct. “Very interesting,” “if you say so,” o “with all due respect” can actually mean the exact opposite of the words in the sentence.

We try not to complain directly to the people causing the problem. If your neighbours make noise until the wee hours, it is their choice the time until which they enjoy listening to deep techno; o if someone crushes your foot in the tube, it is his business where he chooses to place his foot. The famous example of Douglas Adams being ‘British’ explains this phenomenon well.

Douglas sits down in a trains station, having bought himself a little bag of biscuits or mini croissants or some such treat, and opens the bag and begins to eat. He quietly reads his book and takes another. To his complete shock, the man sitting next to him calmly reaches into his bag of goodies and steals one, popping it calmly into his mouth and chewing slowly. Unable to believe this slight, Douglas reaches into the bag and takes another, animatedly cramming it into his mouth. Impossibly, the other man turns a page and reaches back into Douglas’ bag, extracting a second sugary morsel and eats it. Now feeling ridiculous about saying something to the perpetrator, Douglas resolves to continue eating and say nothing (because he is English after all). So the two men continue eating until the thief stands up, and goes to catch his train. By now completely infuriated, Douglas also stands up to catch his own train. As he lifts his suitcase and newspaper he realises that his own bag of snacks lies untouched underneath.

That is how we are. My students often told me that it is very important to say hello and goodbye to people when you are going up or down in the lift, for example. In the UK we are completely capable of walking into a lift, flashing a weak smile at the wall, and looking at the floor without uttering a single syllable.

It isn’t lack of education, it’s more like the biscuit-thief. We don’t want to intrude or cause anyone any inconvenience.

It’s difficult to understand and more difficult still to interpret when you have to interact with the English. 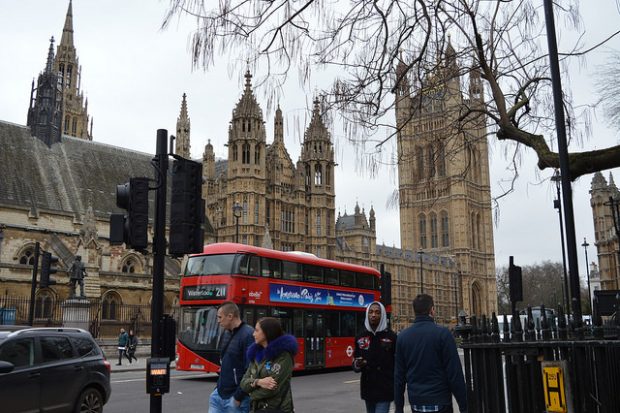 The Spanish, on the other hand, are different. Everything is more direct, cleaner to put it simply, no beating around the bush. It isn’t that there are no manners, it must not be forgotten that in English we don’t have a whole verbal tense for being more polite, therefore necessitating a restructuring of the entire sentence.

The difference, however, translates into a different way to approach daily life. There is no flight from unnecessary human interaction, quite the opposite, there is a certain delight in the unexpected meeting.

There is no problem at all in exiting a doorway onto the street without checking if there are people coming and who you may squash, stopping abruptly in the middle of the street to turn right around and walk back the way you came barging those behind you out of the way is routine, even a mini-bump in the car (called kisses in Spanish) is a great excuse to meet someone new.

Neither method seems to me to be particularly superior to the other, it’s just different, although I admit that it cost me a lot when I first arrived to have to repeatedly apologise to my old Spanish neighbour every time she wandered out of her front door with her tiny dog, which I hoofed along the pavement. Now I am much more comfortable knowing that the mere fact that I crash into someone on the street may lead to getting to know someone completely unique. 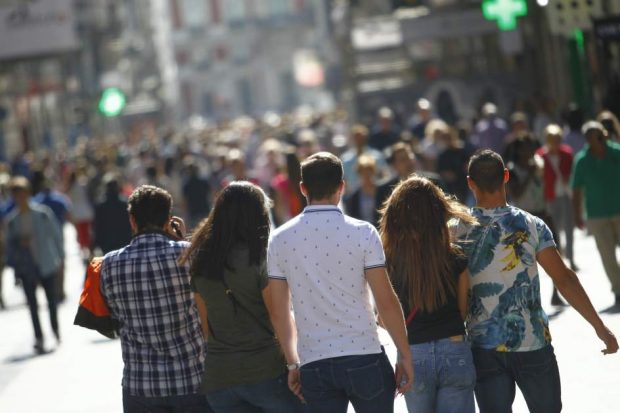