What do Vegans, the Pope and the climate have in common?

In the UK in general, we have the climate, and we also have vegans. The Pope is less present since, as a result of the actions of one Henry the Eighth, we have been protestant for centuries.

The climate is always on our minds; at a daily level because we need to know whether to take an umbrella with us or not (the answer is always yes), and in the longer term because, although it’s called ‘global WARMING,’ in the UK, if we continue with the current trend, it will in fact be ‘local COOLING’ due to the interruption of the Gulf Stream. If you check a map, you’ll notice that the latitude of the UK is pretty similar to that of Moscow, and it’s rather likely that it would be converted into a country with a similar climate, and we would all flood over to Spain en masse. 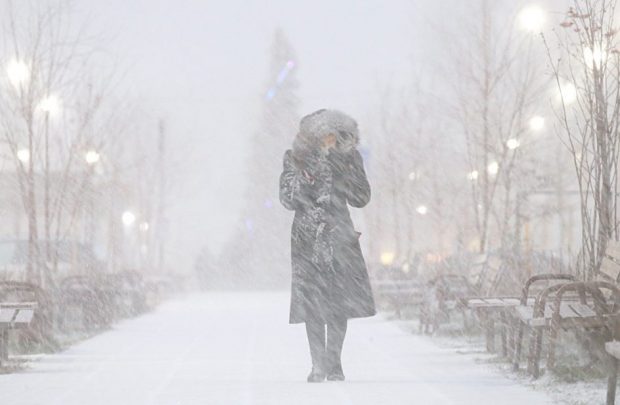 A woman taking a walk in Moscow. (Maxim Shipenkov / EFE)

Veganism in the UK is also present. There are vegans. In fact in the UK in 2018, more vegan products were launched than in any other country in the world, and one in every four dinners in the UK was vegetarian or vegan, and one out of every three people buys vegetable based milk. According to the Vegan Society, there are some 600,000 vegans (1.6% of the population) in the UK; in 2018 quadruple the amount of people self-identified as vegan compared to 2014. Since a fairly long time ago, the UK has had vegan products littering the shelves of supermarkets and restaurant menus, changing your milk from cow to vegetable in a restaurant or cafe wouldn’t impose any type of problem on the smooth running of your life. 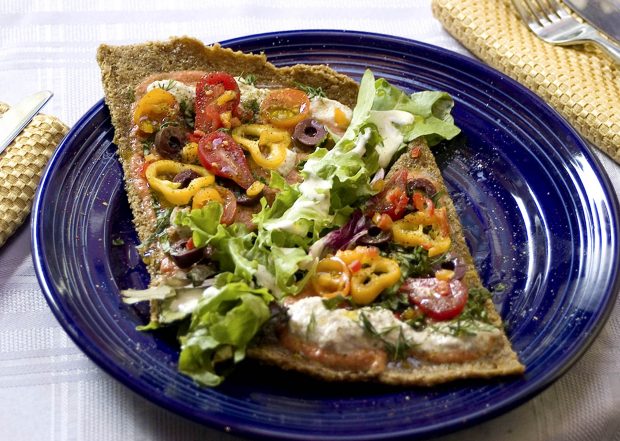 In Madrid, in contrast, if you ask for soya milk in the bar on the corner, you are greeted with faces of intense confusion, raised eyebrows, and bitter comments such as “we have skimmed?” However, the movement is growing. Carrefour Bio is already appearing on corners all over the city (although I live in Malasaña with all the hipsters; so maybe it’s more frequent here), and they have a huge variety of vegan products. Curiously, in Catalonia everybody and his dog has an organic/vegan shop in their village. Could it be that the capital is lagging behind? Well no; in Madrid there are 35 100% vegan restaurants already, and every day more people show interest. As of today some 0,2% of the population of Spain is vegan.

So: the climate + the Pope + vegans = one million euros?

On the 6th of February, an international group of vegans have publicly challenged the Pope. THE POPE…I mean…ballsy! They want him to go vegan for Lent. The group, whose project is called Million Dollar Vegan, has offered a million dollars to the charity of Pope Francisco’s choosing.

A young American, Genesis Butler, 12, has sent an open letter to the Pope, which was published in the media of 15 different countries worldwide, which highlights the connection between the livestock industry and global warming, as well as the inefficiency of the industry, how it contributes to world hunger, extinction of wildlife, and the suffering of countless farm animals.

The idea is, with the Pope leading the Catholic Church with the help of Million Dollar Vegan (which has published a list of recipes, as well as tricks and tips, where to eat, why go vegan, documentaries, and people to follow on social media, to help anyone who wants to accompany Pope Francisco for Lent), people can try a vegan diet for themselves, and of course discover that it isn’t difficult, and you don’t have to eat grass salad every day. In fact, vegans spend around 650 pounds less on food each year.

But why? Aren’t vegans really annoying, always judging everyone else for eating burgers, drinking a relaxing cup of coffee with milk, and wearing leather jackets? Why would I want to become one of those people? Well, first, because people are equally annoying with whatever their passion is. Don’t you have a friend whose answer to every single question ever is “come climbing, man”? What about the yogi friend who spends the whole time you’re together telling you that yoga is the best thing you can possibly do with your life and that she can’t believe that you’re still living your shitty life without yoga? Everyone has that friend who won’t leave you (or anyone else) alone because he is totally anti-smoking (I must confess that I too am of the opinion that if you are going to spew smoke in my face, I am within my rights to smack you in yours, or piss in it. Surely your smoke does me more damage).

Secondly, and much more importantly; because nobody wants to die, neither do they want their children to die. In this case it’s not even a question of animal rights (although its a vitally important topic), but animal rights. Wait a second, aren’t they the same?! No, in the second case I am referring to all animals – including humans. In fact it would be all animals, plants, fungi, bacteria, viruses … basically the rights of everything. Climate change isn’t something that you can opt out of, or move away from, or deny you are part of. It is happening to us, although in reality we are doing it to ourselves. Sadly, it isn’t, and won’t be, possible to lock yourself in your room, hide under the covers and let it pass; hide from the effects of climate change; it’s coming for all of us.

The alarming IPCC report in 2018 gave us a luxurious twelve years to combat the change (but in a real way, with measures strong enough to actually have sufficient effect, not pathetic half-measures and vague agreements about reducing stuff with more loopholes than a knitted jumper) or face the devastating effects. A report from early February explains that although we may manage to freeze the advance of global warming at the 1.5 degrees mark, one third of the ice cap which garlands the peaks of the Himalayas will melt, putting at risk two billion people. Yes, two billion, 250 million that count directly on the ice for their water, and 1.65 billion that live off the melt water in the rivers that flow down into India, Pakistan, and China, among others. Bad news that we have already managed to mess with the lives of a quarter of the global population, and that’s assuming we can freeze global warming at 1.5 degrees. However, the report, and above all it’s analysis for the policy makers, was much more focussed on general ‘emissions,’ without really specifying much more. The impression which it gives, at least to me (bearing in mind that I have a BSc in Environmental Earth Sciences, and a MSc in Geophysical Hazards), is that these are the emissions of giant factories, huge ugly structures that fabricate vast structures of metal, or cars, or burn coal and spew a vast cloud of contamination towards the sky. It turns out that the meat industry is one of the most polluting industries of all. Apart from that, it contributes only 18% of the calories we consume, but occupies a staggering 83% of the agricultural land. The math doesn’t add up. Furthermore, to graze all these animals there is a constant hunt for, or creation of, new space, which in turn is causing extinction on a massive scale – the sixth mass extinction (or Holocene extinction) in the entire history of the planet. So, outside estimate, we have existed for about 0.2% of the history of life on earth, and yet we have managed to unleash death and destruction upon all that inhabit it. 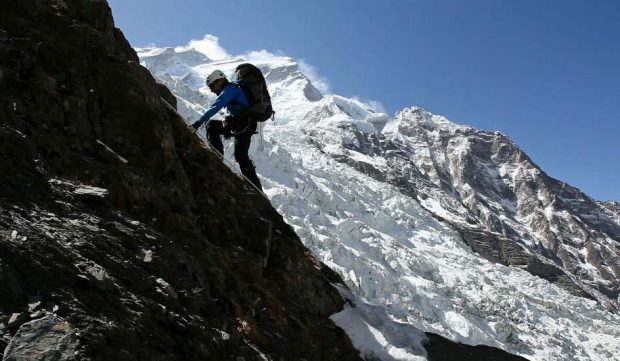 What do we do? According to Joseph Moore “The vegan diet is probably the best way to reduce your impact on planet earth…much more than reducing flights or buying an electric car”.

The problem is that there is a plethora of reasons not to become a vegan. In Spain, as well as in the UK, they are ubiquitous and very convincing.

“I don’t want to be an annoying person who only talks about their vegan diet and fucks with everyone else whenever we go out for dinner!”

Do the diet with your friends, then you won’t have a problem. If you weren’t annoying before, chances are you won’t be annoying after.

There are literally mountains of vegan products that contain no salad at all, no leaves wrapped in other larger leaves, and nobody’s lawn clippings.

There are loads of types of vegan meat, based on vegetable proteins. For example, companies such as Impossible Foods, Beyond Meat, Terramino Foods… 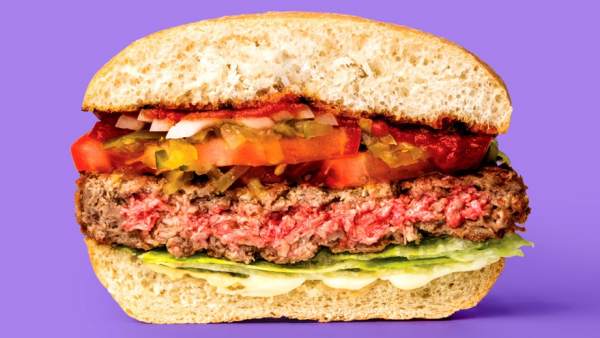 Ah HA, but there is also meat that doesn’t come from animals.

“WHAT?! Do you mean the mystery meat from McDonalds 99p burgers?”

No, no, it’s meat that grown in a lab. Meat, but without having to rip it off the cadaver of a dead animal. Basically, the meat is cultivated in a laboratory, and that means that your nuggets, burger or steak (the holy grail of lab-grown meat) has had to be inside, or form any part of an animal. CRAZY!

Here are a few links to the companies that are making these types of products: Supermeat, Mosameat, Memphismeats and Aleph-Farms.

In summary, we either drastically change our habits, which will undoubtedly be uncomfortable; whether it’s modifying the industry in general, which will cause job losses, economic reductions etc, or change diets at a personal level, which will cause problems with the meat industry, on top of which you can’t eat meat.

Well…its either that or a terrible Demolition Man style situation (yes, the Sly Stallone and Wesley Snipes film) in which meat is illegal (as well as smoking and swearing!), which will surely come too late to have real effect other than piss everyone off. Personally, I’d rather change my diet now, instead of having to carry and oxygen tank to breathe without melting my lungs, or visit my family in New Moscow…where before had been London.

So, I’ll see you all in B13, the vegan burger joint on Calle de Ballesta, first beer is on me.