On the eighth of October, the new IPCC report on Climate Change was released. The authors of this transcendental report assure us that urgent and unprecedented changes are needed to reach our goal of 1.5 degrees of global temperature change. They say that this objective is viable and economically accessible, although it is at the extreme and most ambitious end of the Paris Accords.

Scientific leaders have told us that we have twelve years in order to restrict global warming to this 1.5-degree minimum. Beyond this number, even half a degree will cause a significant increase in the risk of drought, flooding, extreme heat and poverty for millions of people.

The number of deaths in Spain between 1995 and 2005 caused by natural disasters was 1,215. Between 200 and 2009 more than 13,000 people died as a consequence of heat waves. Over the past few years, there have been more wildfires globally, and not simply more numerous, but also more intense – burning a wider area.

In 2005 there was a drought in Spain which produced a reduction in the cereal crop yields of 10% in the EU. Cyclone Klaus in 2009 caused the deaths of 12 people and provoked 541 million euros worth of indemnifications.

In the UK the situation is very similar, although we often change heat waves for rain and flooding! In fact, a heat wave in the UK is pretty unexpected, and we are entirely unprepared for the event.

A heatwave this year caused various cases of heatstroke. A Spanish friend of mine was briefly lounging in hospital for this exact reason. When I asked her how it was possible that a Spanish person got heatstroke in the UK she told me “there’s no air condition anywhere, it’s insufferable.” 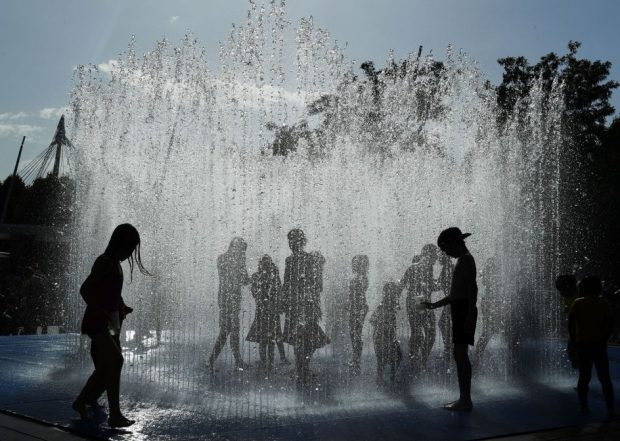 There is, however, a larger problem. We, the people, persons, humans, are wont to think of our surrounding, what we see, what we experience, and what the media tells us. The problem of Global Warming is not local, it’s right there in the name. It’s global. What we do affects each and every one of the rest, and what they do affects us.

However, at the present time, we participate as individual countries. Well, or we don’t participate – thanks, Russia – and if the Orange Devil gets his way, the US will also be out of the group.

If we don’t do enough, the list of consequences is very entertaining: more droughts (Murcia, Alicante, Almería, Navarro y Aragón are already more affected and run a higher risk), wildfires, flooding in coastal zones (London, for example, is at risk now that the Thames Barrier has been admitted to be of little use), storms, ocean acidification (which will cause species loss), sea level will rise (land will be lost, coastal flooding will be exacerbated, and coral will die due to its low tolerance to changes in depth, acidity, light, and heat. THis will have a knock-on effect for marine life), etc etc etc…

The primary effects are really quite obvious, but there will also be secondary and tertiary effects. Migration will change, diseases will proliferate in zones where they hadnt previously existed, food safety will be affected, water resources will be pillaged, the economy will change, conflicts will be provoked, and all these effects will affect the others; exacerbating each other. 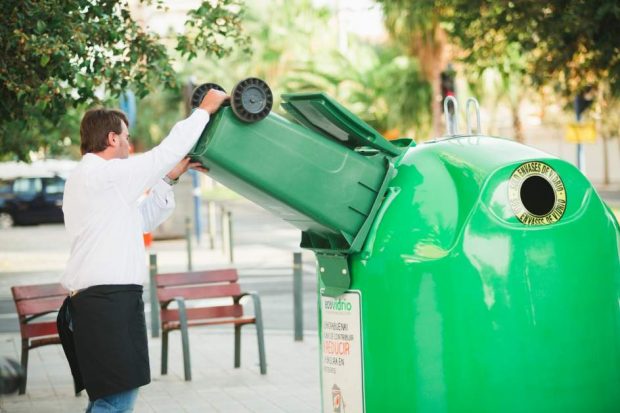 Businesses such as Ikea and Telefónica pressured the government so that new laws would be passed with the aim of complying with the Paris Accords. In 2015 Mariano Rajoy said that legislation should be redacted during his term in office. This is completely necessary if you take into account that the forecast for emissions in Spain will 18 million tonnes higher than in 2015.

The Isla de Hierro already generates all its power from renewable sources.

The Basque Declaration in 2016 is a document that explains how cities can transform themselves to become more sustainable.

London and Edinburg find themselves in the Top 10 of the most sustainable cities.

However, to me that all seems very grand and unobtainable. How am I going to save the world?

People in the UK as well as in Spain, worry about Climate Change. If you ask people how important they think it is, they will tell you ‘very.’ Still, my impression is that we all have the idea that Global Warming will affect the planet, but not us…but that isn’t the case.

We must act, we must make the effort because nobody will, or even could, make it for you. Whatever part we have to play, be it carpooling, recycling more, eating less meat planting trees at the weekend, donating four quid, whatever, we have to play it.