An Island in every way

A few months ago, a story broke in the British press of a woman speaking Spanish on the Overground in London. A man had suddenly confronted her shouting “you need to speak English, you are in fucking England, you shouldn’t speak other languages.” According to witnesses, the woman, completely taken aback, was unable to respond to her aggressor in English and garbled something in Spanish. Becoming even further enraged, the man then punched the woman in the face.

Someone on the train pulled the emergency brake, but the attacker jumped off the train and ran away, leaving the woman injured and bleeding on the train.

British Transport Police reported that they had arrested a 56-year-old man related to the incident.

A woman was punched for speaking Spanish on a London Overground train. The man shouted that she should speak English because she is in England. The most disturbing part is that no one tried to stop him. Racism is thriving in our silence. #fresheyes https://t.co/SIFWlpaIUb

The 7th of April 2018, a similar incident occurred on the central line in London. Two friends were chatting in Spanish when they were assaulted by two women shouting that in England you speak English. The two attackers grabbed the victims by the hair, dragging them around and causing facial and scalp injuries. The police were requesting witnesses and looking through camera footage.

A Spanish woman was dragged around a tube carriage by her hair, when two women told her to “speak English when in England”.

We don’t have CCTV at the moment but we need your help tracing those responsible – so please share.https://t.co/VAOgFNOmuA pic.twitter.com/TKfjfo5uST

What is possibly more shocking in these two cases was the total lack of intervention by members of the public. Granted, the incidents must have occurred very quickly, but still, we have all seen (unless you live under a bridge) videos of people leaping the the aid of people in similar situations. Maybe it was the lack of visible differences of the victims, apart from the language, there was nothing to separate them from anyone else. Or perhaps it was because that until now, there hadn’t really been any incidents of violence against Spanish-speaking people.

Suffice it to say, it’s a troubling pattern.

Friends tell me that in some cities in the UK there is one day a year named “bash a Spaniard” or something similar. This day is dedicated to drinking and searching the streets for Spaniards to deliver beatings to.

A year after the Brexit referendum, the crimes motivated by discrimination have risen 23% overall, in some areas as much as 50%. Paradoxically, the number of accusations has decreased.

Tendayi Achiume (UN expert) after visiting the UK declared the in the wake of Brexit there was a period of acceptable racism that was getting bigger all the time.

An Island in every way 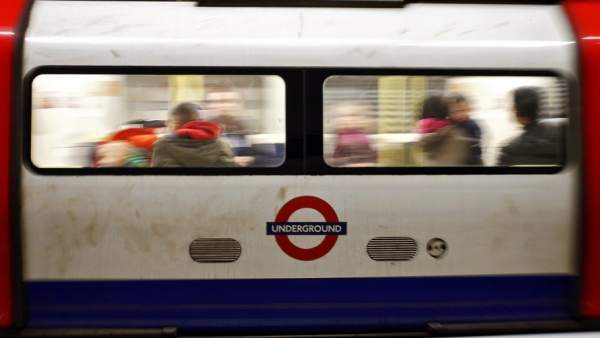